Life is about every moment 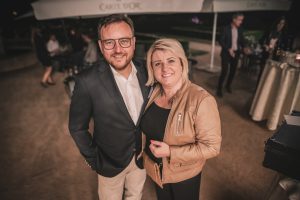 The Endowment Fund AQUAPURA was established to help where it is needed. Together, we can launch many interesting projects that will support individuals and specialized medical facilities. Personally, I have a health problem with a blood clotting disorder and I know how important it is to support a good idea and give a helping hand at the right time.

Thromboembolic disease (DVT) is a major health and socio-economic problem. Medical, as they are among the cardiovascular diseases that are the third most common cause of death in developed countries and socio-economically affected in people of working age. Quality of life after thrombosis due to chronic venous insufficiency may be reduced. Therefore, the prevention of DVT is very important.

“Individuals after undergoing DVT have been on anticoagulant therapy for some time, which means treatment that uses drug that prevents the formation of a blood clot– a thrombus.
Today the most common drug that is descripted is Warfarin. The duration of use is determined by the doctor and ranges from 3 months to several years. In some individuals, the use of Warfarin is even lifelong,” said doc. MUDr. Petr Dulíček, Ph.D. of IV. Department of Internal Hematology, University Hospital Hradec Králové, which is also a professional guarantor of the AQUAPURA endowment fund.

For the correct efficacy of this drug, it is necessary to measure the value of prothrombin time, expressed as INR (International Normalized Ratio), at regular intervals. With well-established therapy, INR is measured once every 4 weeks, if the treatment is not well set, more often until the desired setting is reached. The INR test is available in practically every hospital, but blood draw sampling is required. This is not easy for some individuals.
For example, for people with poor peripheral venous condition (repeated intravenous drug administration, repeated withdrawals) – this is the case for elderly patients and for patients after chemotherapy. Furthermore, in bedridden individuals, where it is difficult to transport the individual for blood collection, and for women who are after childbirth and on the recommendation of a specialist, they must use anticoagulant therapy. Here also, is the visit to the doctor difficult (breastfeeding, etc.). Blood collection is problematic even for very busy individuals who travel a lot.
The endowment fund AQUAPURA was established in March 2011 with the aim of supporting IV. Department of Internal Hematology, University Hospital Hradec Králové, to help patients with blood clotting disorders and hematology departments and hospitals in the Hradec Králové Region.
Since January 2014, it has expanded its activities to the entire region of the Czech Republic in helping patients with blood clotting disorders.
They came with the desire to help people with DVT diseas and the founders of the AQUAPURA endowment fund are JUDr. Pavel Staněk and Monika Staňková, who both suffer from thromboembolic disease and Leiden’s blood mutation. “The idea of ​​establishing a foundation fund is based on real foundations. After a serious ski injury, I suffered from thromboembolic disease (DVT) and to this day I cannot go on with my life without drugs. Also my wife and, genetically, our son face the same health problems. During regular visits to the doctor, I understood that specialized hematological treatment can be further improved, both in terms of research, diagnostic and therapeutic treatment. Of course, financial resources are needed to meet these goals. And it was then that I thought of founding the AQUAPURA endowment fund. If our work helps save one human life, then this work makes a lot of sense. We do not want to specialize exclusively in this area of ​​healthcare, we are ready to lend a helping hand where our help is needed through the AQUAPURA endowment fund, ” says Pavel Staněk.

Therefore, a great advantage today is the possibility of determining the INR from the finger (that so-called point of care system), where the individual himself, after training by professional staff (usually a doctor or nurse) stabs his finger, applies blood to the measuring strip and after few seconds proceed to get the INR value. He then consults the measured value over the phone with the attending physician, who determines the dose of the drug and the date of the next control injection. “Given the cost of the device, our goal is to enable people on anticoagulant therapy who are difficult to monitor as standard to enable INR to be determined by this system. In practice, there is a general lack of these devices and our effort is to change this situation through the AQUAPURA endowment fund, ”said Pavel Staněk.

The biggest challenge, however, is the fact that DVT can be prevented in a significant percentage by proper prevention, so in the future, the AQUAPURA endowment fund also wants to support research into the determination of new traits that are used to assess the degree of thrombosis alertness. That means, to better identify individuals who are at higher risk of VTE disease. “Further prevention must be shared by each individual and by healthcare providers. The goal of our endowment fund is to participate with complex activities in reducing the incidence of DVT and eliminating the consequences of the disease, “added doc. MUDr. Petr Dulíček, Ph.D.

The most common congenital susceptibility to blood clot formation has been identified. It occurs relatively often in the population (3-5% of the population). The carrier of this mutation is more prone to venous thrombosis. This risk is about 3-5 times higher compared to an individual who does not have this mutation. The Leiden mutation was first described in February 1994 and its determination is now widely available. In the Czech Republic, indications are given, on the basis of which patients are recommended by their doctors for the examination of the Leiden mutation. However, if someone wants to know in their own interest whether or not they have a mutation, they can ask a general practitioner, gynecologist or hematology department for an examination. The examination is not covered by health insurance companies and costs CZK 950 (data valid in May 2013).

We thank all sponsors, donors and supporters of the AQUAPURA endowment fund for their kind financial help and others, thanks to which we can help people in difficult life situations. Contributions can be sent to the endowment fund by bank transfer or postal order.

Donors who contribute financially to the endowment fund can claim tax benefits. In the request for confirmation of the received donation, please state the following data: the account number of the endowment fund to which your donation was transferred; remitted amount in CZK, date of transfer; the name and address of the person to whom we will issue and send a gift certificate. If in doubt, contact us.

Legal entities – from the tax base, reduced according to § 34 of Act no. on income taxes, the value of gifts can be deducted if the value of the gift is at least CZK 2,000. In total, a maximum of 5% can be deducted from the already reduced tax base. This deduction cannot be claimed by taxpayers who are not established or established for the purpose of business (§ 20 par. 8 and § 34 of Act No. 586/1992 Coll. – Income Tax Act).